Back home, when we put our travel itinerary on paper, of course we had visas in mind, but obviously not enough. For Sri Lanka, you get a 30 day tourist visa, when entering the country with an ETA (Electronic Travel Authorisation). But somehow, we ignored that fact and planned to stay for FIVE weeks. Accordingly, we booked the flights. Later realising what we had done, we were faced with two options: Change our flights or apply for a visa extension when in Sri Lanka. Seeing that a change of flights would have resulted in a higher cost than the visa extension and latter meant an extra unique experience, we went for it and booked two nights in Colombo, in a homestay close to the immigration office.

But: After reading and hearing some experience reports from other tourists who had extended visas in Colombo before, we were not so sure anymore if our decision was the wisest one. The process sounded like a nightmare: Chaotic and extemely slow. Which got us a bit worried… and reading more publications about it. A lot of them were unclear and not really helpful, but finally we found one that explained the whole process very well and slightly softened all the terrifying anecdotes that we had read so far. Should you ever find yourself in the same situation, we advise you to read this: How to extend a Sri Lanka Tourist Visa.

Still a little bit nervous, we arrived at the immigration office – a brand new multi-storey building – before opening (which is at 08:30am), with the application forms filled in, the passport pictures at hand and well prepared for a long day sitting and waiting. Our bag was packed with books, games, snacks, headphones and plenty of stories on the iPad.

The first positive surprise was that the queue at registration was much shorter than expected. After recieving our process number we waited in the neighbouring area before being sent through to the next zone where we would hand our application forms over to a man in a small glass box. While waiting, a voice behind us gave the order to stand up. Then it got very surreal. Everyone stopped what they were doing and stood still. Music played (presumeably the national anthem), some even sang along. Then, when it eventually finished, people went back to it. After handing over the visa applications inside the glass box, we then moved to the payment counters which were unmanned. There though we had a lovely chat with a couple from Hungary, who coincidentally will be in Melbourne at the exact same time as us in February 2018 (catch-up prearranged;-)). We paid our fees (possible with credit card) and, last but not least, headed over to the pick-up counters where we prepared ourselves for a long wait. At 09:52!!! yes that’s right, 9.52 our number was called and we collected our passports complete with extended visas. We could hardly believe that we were done – in only 1 hour and 22 minutes. No Either, we were just very lucky or they have improved the process a lot within the last few months. Anyway, one thing was certain: We all of a sudden had to think about a different afternoon program… 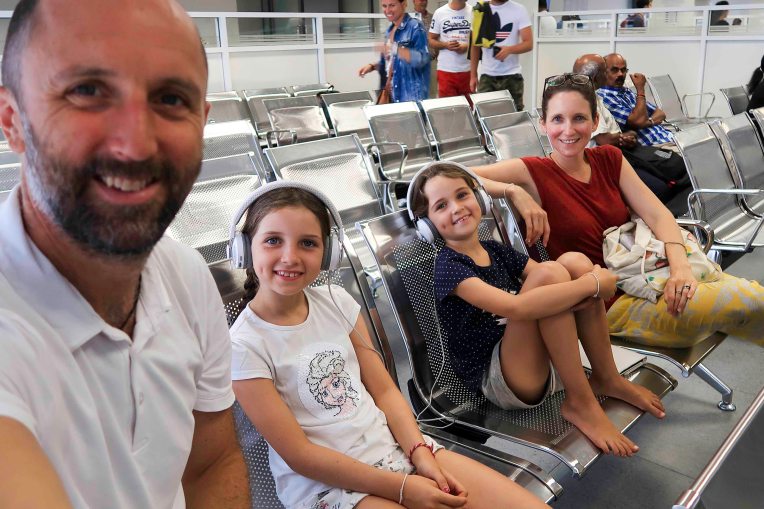 3 thoughts on “The visa extension nightmare?”